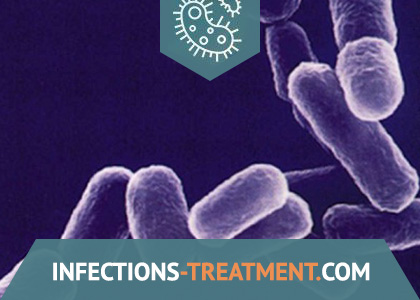 What is Clostridiosis in Children?

Clostridiosis is an acute infectious disease in humans and animals that is caused by clostridia.

Clostridiosis perfringens is an acute disease of an infectious nature with an enteric route of infection, which is manifested by gastroenteritis or enterocolitis syndrome and infectious toxicosis, and in more rare cases, necrotic enteritis or sepsis.

Clostridiosis difficile is an acute disease of an infectious nature (also an enteric route of infection), which is caused by antibiotic-induced strains of clostridia difficile and is manifested by diarrhea syndrome with the development of pseudomembranous colitis and infectious toxicosis.

Causes of Clostridiosis in Children

The clostridium genus unites strains of anaerobes of more than 100 species, they are divided into 5 groups. Most of them do not cause disease in humans, they are gastrointestinal saprophytes or “live” in the ground, and reproduction occurs in the root system of plants.

A person can become infected only with some representatives of clostridia of the 2nd and 4th groups, which lead to enteric clostridiosis, as well as a causative agent of tetanus and pathogens of gas gangrene. These bacteria produce specific active exotoxins.

Clostridia “live” in the natural environment in the intestines of animals and humans. They can be there for a long time and multiply, but they do not lead to diseases. With feces, clostridia fall into the external environment, mainly into the ground. There they can “live” a long time in the form of disputes.

Clostridia perfringens has long been considered the causative agent of only gas gangrene. But in the middle of the last century, our connection between these bacteria and foodborne toxic infections.

Clostridia perfringens are short polymorphic bacilli that do not have flagella. They can form subterminal spores. Relate to strict anaerobes. They are divided into six types depending on the ability to produce exotoxins and enzymes: A, B, C, D, E, F.

Most often, children’s intestinal clostridiosis is provoked by type A perfringens clostridia, in more rare cases, types C and F.

Pathogenesis during Clostridiosis in Children

Clostridiosis perfringens enters the body in the digestive tract (gastrointestinal tract) along with contaminated food. Then they follow into the small intestine, multiply there, leading to the development of the inflammatory process. Through the epithelial layer of the intestine of the child, they enter the nearby tissues and blood. So the disease goes into a severe septic form (but not in all cases).

Clostridia perfringens produce exoenterotoxins having cytolytic and necrotic properties, which determines the main symptoms that manifest during the disease.

In the intestines, many organs and systems (even in the central nervous system), Clostridia exotoxins perfringens lead to functional and structural changes. Toxicosis and exsicosis may develop. Local inflammatory process in the intestines of the child leads to diarrhea.

Pathomorphology of clostridiosis perfringens. During illness, maximum structural changes occur in the small or large (less often) intestine. The dead fix the swelling of the intestinal mucosa, its hyperemia, multiple hemorrhages, stasis, in rare cases, and necrosis.

Clostridiosis difficile begins only during or after the use of broad-spectrum antibiotics, in particular cefamizine, ampicillin, lincomycin and clindamycin. This is due to the suppression of the natural intestinal flora by antibiotics, as a result of which clostridia difficile can colonize the intestine, multiplying there and forming toxins.

Some antibiotics lead to enterotoxin formation in bacteria. In addition, the normal intestinal flora in children and adults produces beta-lactamase, an enzyme that destroys the beta-lactam ring of beta-lactams, thereby inhibiting the action of the antibiotic in the intestine.

Symptoms of Clostridia in Children

The incubation period for Clostridiosis perfringens is 6 to 24 hours. This is a fairly short time frame. The disease has an acute onset. The following symptoms appear:

From the very onset of clostridiosis, perfringens stools become liquid and the frequency of bowel movements increases. Stool is enteric or enterocolitis. The disease is relatively easy, recovery occurs 3-4 days after the start.

Intestinal clostridiosis perfringens sometimes occurs in severe forms – like necrotizing enterocolitis or enteritis. Weakened children with long-term dysfunctions of the gastrointestinal tract are susceptible to this form of the disease; children who have been treated with broad-spectrum antibiotics; children with intestinal dysbiosis. The disease begins as an acute gastroenteritis. There are abdominal pains, frequent vomiting with blood, abundant watery or foamy stools (bowel movements 15 to 20 times per day). There may be an admixture of blood or mucus in the stool. Older children complain of weakness and general weakness, dizziness, abdominal pain (can be persistent or cramping). Further dehydration of the child’s body begins, blood pressure “drops”. An enlargement of the liver and spleen, intestinal paresis (abdominal distension) are recorded.

If the disease progresses and is not cured in time, death can occur due to impaired cardiovascular activity. In weakened children and infants, the infection can be generalized, and sepsis develops.

Pseudomembranous colitis usually appears within a week to 10 days after starting antibiotics. The disease begins acutely – the temperature rises, regurgitation or repeated vomiting, abdominal pain and diarrhea appear. Babies refuse to eat, and parents may notice bloating and weight loss.

The skin takes on a pale gray tint, and a network of congestive veins is often visible on the abdominal skin. The stool becomes liquid, watery, there are admixtures of mucus and blood (not always). In some cases, most of the stool is thick, whitish mucus and scraps of fibrinous overlays. Sometimes the stool is purulent, with bloody impurities. In some cases, intestinal bleeding is characteristic, which is often fatal.

If there is ulceration of the affected areas of the intestinal mucosa, bowel perforation and fecal peritonitis can be recorded. At the same time, the child’s condition is severe, the skin turns gray, breathing is shallow, intestinal paresis is pronounced, hypodynamia and hyporeflexia are observed, the sharpness of the sick child’s facial features. Swelling of the genitals is not excluded. If treatment is not started on time, there is a possibility of death.

Clostridia dificile, in addition to necrotizing enterocolitis, pseudomembranous colitis and intestinal sepsis, can lead to milder diseases of the gastrointestinal tract, which are similar to enteritis and enterocolitis, have no peculiarities.

Diagnosis of Clostridiosis in Children

Intestinal clostridiosis perfringens is diagnosed using epidemiological and clinical laboratory data in total. The disease is characterized by an acute onset, rapid development of clinical manifestations – diarrhea, vomiting, fever, intoxication or neurotoxicosis, etc. The symptoms are most pronounced 1-2 days after the onset of the disease. They fade as quickly as they appear.

Such symptoms are characteristic not only for this disease, therefore, laboratory diagnostics are carried out. Rapid methods (RNGA and ELISA) are used to detect enterotoxin in the feces of a sick child. Enterotoxigenicity is determined in isolated strains of Clostridia.

In the blood of patients with intestinal clostridiosis perfringens, moderate leukocytosis and rod-nuclear shift are observed.

To diagnose intestinal clostridiosis dificile, information on the history of antibiotic therapy, as well as instrumental and clinical indicators, is required. A complex of laboratory studies is being carried out to detect specific toxins (entero- and cytotoxin) and the pathogen in the feces of a sick child.

It is impossible to prove Clostridiosis dificile by only detecting the pathogen and its toxins in the feces or other biomaterial from the patient. Because these microorganisms and toxins can be found in a healthy person, mainly in newly born and children under 6 months.

Treatment of Clostridiosis in Children

Therapeutic measures for intestinal clostridiosis perfringens are similar to those for other bacterial diarrhea. Etiotropic therapy is prescribed, taking into account the sensitivity of the detected strains of Clostridia to antibiotics. Doctors recommend using enteral forms of antibiotics for treatment, for example, azithromycin, amoxiclav, 3rd generation cephalosporins, etc.

Complex therapy includes bacterial drugs such as bifikol or bifidumbacterin, as well as other drugs to normalize the intestinal biocenosis. Bacterial preparations are used to stop clostridial colonization of the intestine. In especially severe forms of the disease, if the type of pathogen is established, antitoxic serum can be used for treatment at a dose of 5000-10,000 AU intramuscularly by the Bezredki method or enterally.

Clostridium dificile can be killed with vancomycin or its analogs. Antibiotics are used in doses according to age. The course of taking antibiotics is 5-7 days with moderate and severe forms of the disease.

After the end of taking antibiotics, the child should be prescribed bacterial drugs (for example, linex, bifidumbacterin, lactobacterin, etc.). This will help to normalize the intestinal biocenosis.

Clostridium dificile is also treated with enzyme preparations, for example, festal, creon, etc., vitamins (especially with group B). Symptomatic and pathogenetic therapy is required. If there are appropriate indications, infusion therapy is used to normalize the fluid balance in the child’s body, to carry out detoxification and parenteral nutrition. Antihistamines are used, and in severe forms, corticosteroids and specific antitoxic serums.

Prevention of Clostridiosis in Children

The most important preventive measures are:

Preventive measures for intestinal clostridiosis dificile should be aimed, first of all, at preventing antibiotic induction as the most important factor in the disease of this clostridiosis.

Do not use broad-spectrum antibacterial drugs as a prophylactic or therapeutic agent for long courses.

To avoid colonization of the intestine with Clostridia, it is necessary to treat intestinal dysbiosis in time and carry out its prevention. In hospitals, especially in departments for newborns, the necessary sanitary and hygienic regime should be ensured, the correct disinfection of instruments, dishes, linen, etc.

The processing of objects is carried out using chlorine dioxide or its analogs, which have bactericidal and sporicidal properties that affect Clostridium.